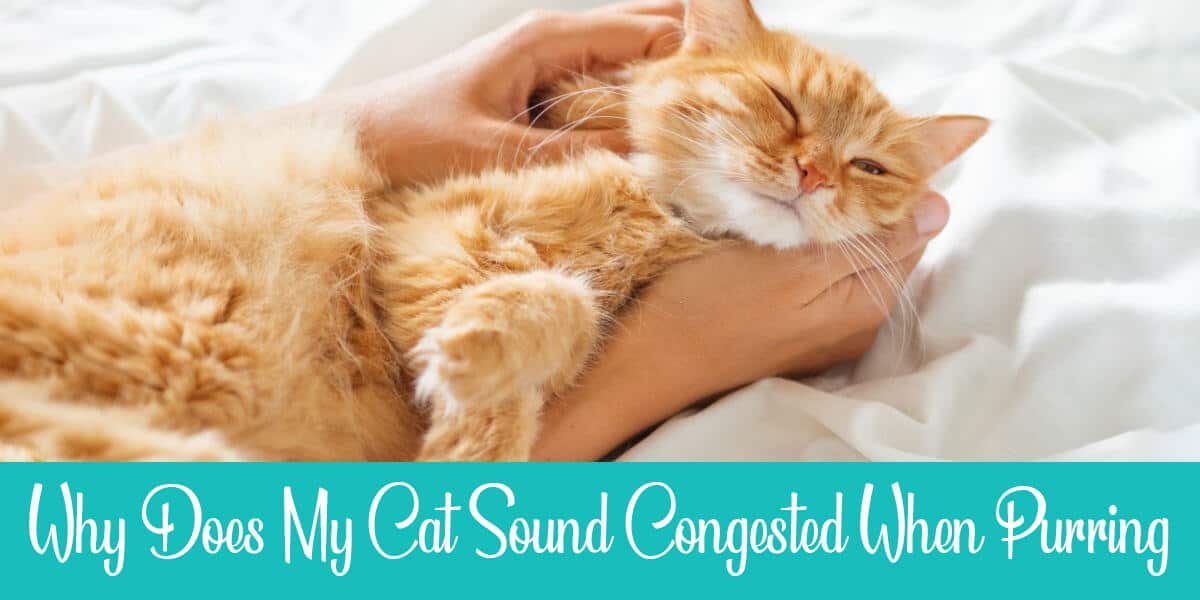 A cat’s purr is among the sounds people often perceive as happy. That’s because it’s often associated with a feline’s contentment and wellbeing. That’s why anyone would be a little alarmed if a cat sounds congested when purring.

The fact is that cats use purring for more than just showing happiness, there’s a whole lot of other emotions it could be communicating as well. So it’s best to treat that odd raspy sound sooner than later, as it could be quite annoying to the cat.

In the next sections will get into more details about how and why cats purr, what could be causing the congested sound, and possible ways to treat it.

Why Do Cats Purr?

Animal behaviorists have been observing the purring sounds felines make for quite a while. We can’t say that it’s all figured out, but we have some valid insights.

We know that cats purr for one of the following reasons:

In all these cases, the deep tones and peculiar frequency of the purrs is quite successful in translating their feelings, thoughts, and wishes to others.

How Do Cats Purr?

Meowing is quite different from purring. And even though both sounds are created somewhere in the cat’s throat, they seem to originate from different places. Interestingly, a cat could lose its voice, but it could still purr.

The cat’s anatomy explains this capability. Meowing is created by the vocal cords in the cat’s larynx. The structure that houses these sound-creating strings resembles a box that’s placed at the top end of the trachea. It’s normally referred to as the voice box. The flat shape of the cat’s voice box facilitates making various sounds as the cat exhales.

This structure is only partially responsible for the cat’s purr. The internal laryngeal muscles contribute much more to creating the purring sounds. Specifically, it’s the repeated contraction and relaxation of the muscles in the glottis area between the vocal cords.

The resulting frequencies are synchronized with the cat’s breathing. But the whole sequence is orchestrated by a neural oscillator inside the cat’s brain. The main cause that could make a cat lose its purr is laryngeal muscle paralysis.

Related: why did my cat lose its voice?

Kittens and cats aren’t the only felines that purr. In fact, big cats do that as well, but in a different way. The roar of a lion is quite similar in the way it is created to a kitten’s purr. Clearly, the lion’s roar is more far reaching and chilling.

Another big cat, which is the tiger, hides a low-frequency purr inside its mighty roar. This purr is inaudible to humans, but it literally paralyzes its prey.

Contrary to the scary effect of big cat roars, domestic cat roars are believed to have a healing effect on humans.

There’s still a lot more to study and observe in the animal kingdom. Especially, when a familiar sound suddenly becomes different. We should always stop and listen.

Why Does the Cat Sound Congested When Purring?

If the cat’s purr sounds odd, then a visit to the vet is probably the best course of action. There are various reasons that could make a cat’s soft deep purr become congested and raspy. Here are some of the more common reasons:

The larynx is the anatomical part that helps a cat purr. And the clarity of that sound depends on the wellness of the laryngeal muscles as well as the integrity of the airways.

The larynx could be affected by a slight cold, a heavy respiratory infection, air pollution, or a more complicated disorder. In all these cases, only a professional could assess the root cause of the congested sound.

This is a common occurrence among pets, especially in the cold season. The vast majority of these infections are caused by viruses.

Some are transient and clear up after a week, while others only go into remission and could be reactivated at any future time. Furthermore, the cats would be constant carriers of the virus. And they could pass it on to other cats.

Here’s a good supplement to aid your cat’s immune system: 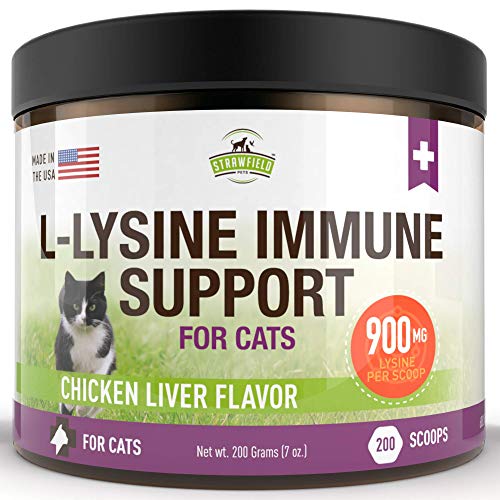 However, I highly recommend taking your little furry friend to the vet, even for regular checkups.

While less frequent, these two sources of infections can’t be ruled out entirely.

There’s a characteristic symptom that sets these infections apart from the viral ones, and the vet would most probably ask about it. A bacterial infection usually comes with a bilateral discharge that is similar to pus.

Fungal infections, like environmental cryptococcus, are often asymmetric. The discharge typically comes from one side of the nose, and it could be pus-like or bloody.

Cat allergy could be triggered by a plant, new carpet cleaner, a pet shampoo, or a host of other allergens. A chronic cough could affect the cat’s laryngeal muscles and her purr might become raspier after a while.

Related: The top cat food alternatives for the Z/d diet for food allergies

Cats are truly curious by nature, and they’re prone to getting things inside their noses or throats that shouldn’t be there. A foreign body could be dust, pollen, grass, dirt, fabric, or any other unimaginable object.

If it gets lodged around the cat’s nose or airways, the cat would sneeze, cough, and end up with an inflamed throat. Immediate action is often required in similar situations. The cat’s throat might feel sore for a few days after the foreign body is removed.

How To Treat A Cat With Congested Airways?

Taking the cat to the vet is essential. A congested purr is often an indication of an underlying issue that needs medical attention.
If the cat has an infection, then it would need some attention from you as well. Here are 5 things that should make a kitty feel better:
1- Add warm water to the cat’s food. It would make it easier to smell and eat.
2- Try to keep the ambient temperature around 70 degrees
3- Give your cat an extra blanket to keep her warm
4- If the cat has an allergy, then it’s best to keep the triggering allergen away
5- Keep your cat close to you and make her feel loved and protected

Are there any Cat Nasal Congestion Home Treatment Tips?

If you think your cat is having difficulty in breathing due to nasal congestion, here are a few ways you can help:
1- Using a humidifier: if you live in a dry neighborhood with cold weather, your feline buddy’s respiratory system might be irritated. Opt for a humidifier to help out with this.
2- Using a saline nasal spray that is non-medicated: this spray will significantly help with any excessive mucus that is stuck in your cat’s nose. Please note that not all cats would tolerate this spray, so make sure that your cat would go along with it.

Animals can’t talk, so they depend on the sounds they make and their body language to communicate their needs to others. That’s why observing what seems normal and what feels odd is a large part of having a pet around the house.

A congested purr isn’t too common, but when it happens it often signifies an infection or disorder in the cat’s respiratory system. There are many causes of upper respiratory infections in cats, thus, the vet’s opinion is always needed.

In the meantime, keeping the cat warm and cared for would help a lot.