We all know that centipedes don’t cause serious harm to people. Small centipedes usually pose no risk to cats either. However, those that are larger in size may be able to bite a cat.

In that case, the venom in their bite could cause severe illness, like fever, for instance.

How harmful a centipede is to a cat depends on the species as well. Species like the Giant Redheaded Centipede are extremely dangerous. Luckily, it’s unlikely to find them in your home.

So if you’re wondering “Are centipedes poisonous to cats?”, read on to find out!

Centipedes are pests that are also known as the 100 legger, because they usually have many legs. It’s long, flat and looks a lot similar to worms.

Centipedes might look disgusting, but they’re not dangerous for human beings. In fact, they can help in getting rid of harmful insects, such as mosquitos, spiders, and flies.

Centipedes have poor sight and rely on their senses of touch and smell to find prey. They contain poisonous venom, which allows them to kill their prey quickly, and feed on it.

It doesn’t feed on wood or any other materials, so it won’t harm the furniture or the appliances in the house. Therefore, they aren’t considered much of a threat to your home.

Are Centipedes Poisonous to Cats?

Centipedes’ bodies contain poison, which it mainly uses to hunt food. But with mild amounts, that doesn’t affect larger creatures like cats.

The amount of venom in their bodies isn’t enough to harm humans or pets when swallowed. So, it’s not extremely dangerous if you catch your cat eating one.

Even if it eats several ones, the amount of the poison will still be relatively low and won’t harm the cat’s health.

On the other hand, some larger centipedes can bite your cat, causing a mild to severe reaction.

How Can a Centipede Bite Affect Cats?

Unfortunately, some cats are allergic to this poison, so you have to watch the cat closely a couple of hours after the bite. That’s to make sure it recovered safely and didn’t get infected with the poison from the bite.

The good news is that centipedes with strong poisons don’t live indoors, so it’s less likely for your cat to come near them.

The centipede bite symptoms sometimes can be swelling, burning, vomiting, redness, and itchy skin. If you suspect that your cat was bitten, wash the area with cold water, or rub it gently with a damp cloth to ease the symptoms.

If the symptoms persist for a few hours, it’s essential to consult a vet.

Did You Know That: about 10% of neutered male cats spray although urine spraying is usually associated with sexually active felines? Here’s an article explaining a solution for cat spraying.

What Insects are Fatal to Cats?

Few insects contain poisonous substances, like fireflies, which can be fatal for your cat if swallowed in large quantities. Fire ants contain toxins in their swarm, which can infect the cat in case of a sting.

Apart from these types, most poisonous insects aren’t dangerous for your cat when eaten.

When it comes to insect bites, some of them can be fatal. Bees and wasp stings, for instance, aren’t harmful, but if your cat has an allergy to bees or wasp, the sting can be fatal.

If the cat shows symptoms like paws inflammation or head swelling, it’s better to take your cat to the nearest hospital.

Another dangerous insect is spiders. Some types of spiders contain venoms. These spiders’ bites can be fatal, as it may cause a limb amputation, tissue damage, or neuro damage.

Remarkably, dangerous spider bites don’t show symptoms in the first few days, aside from the redness and swallowing of the bite location.

After the third day, the cat may show symptoms like nausea, muscle pain, fever, and rash. If any of these appeared on your cat a few days after the bite, you should take it to the hospital immediately.

Finally, common insects such as mosquitoes and ticks don’t appear to be much of a threat. Unless the mosquito is carrying a parasite, the bite can pass, causing only normal itchiness.

How to Get Rid of Centipedes?

If you want to prevent centipedes from entering your house, make sure the edges of the doors and windows are properly sealed. Also, double-check that the structural gaps that allow the entry of pipes and wires are sealed.

House centipedes prefer to inhabit damp areas, such as the bathrooms and the kitchen. So, you need to reduce the moist areas around and inside your house.

For getting rid of centipedes, you have to remove the house item it inhabits, like trash cans, or other possible hiding areas. Insecticide sprays kill house centipedes right away.

In addition, you can spray the unsealed parts of the structure with insecticide to prevent centipedes from entering your house.

You can also vacuum it if you find one or more inside your house. As the strong pressure of the vacuum will kill it immediately. 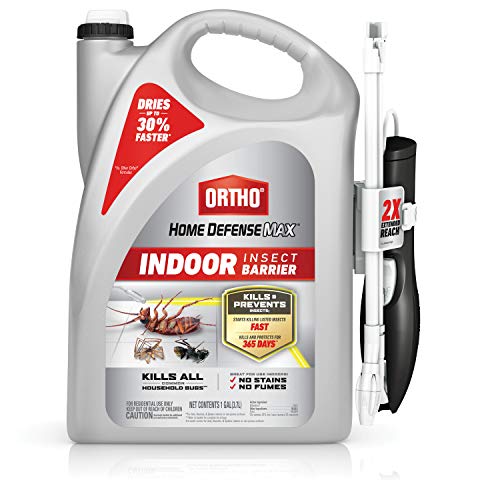 What do cats eat in the wild?

Cats in the wild most commonly feed on rats, rabbits, and small birds. They also feed on insects and reptiles, such as spiders or small snakes.

What attracts the house centipedes?

House centipedes get attracted to pests and insects, as they’re its main source of food.
They also inhabit damp and moist areas, so make sure you inspect such areas in your house for centipedes.

Where do house centipedes lay eggs?

They usually lay their eggs in the damp areas like kitchens, bathrooms, and basements. Centipedes lay eggs in summer, and they lay an average of 15 or more at a time.

Surprisingly, centipedes have a great benefit, as it clears your house of harmful pests, such as moths, flies, and other bugs.

They contain small quantities of poison, so they usually wouldn’t harm your cat.

It’s easy to get rid of centipedes, though, as they can be vacuumed. You could also spray them with insecticides. If you found one, closely inspect the damp areas around your house, to ensure there aren’t any remaining.

Another tip to avoid centipedes is to get rid of the source of their food, which are insects and bugs lurking in your house.