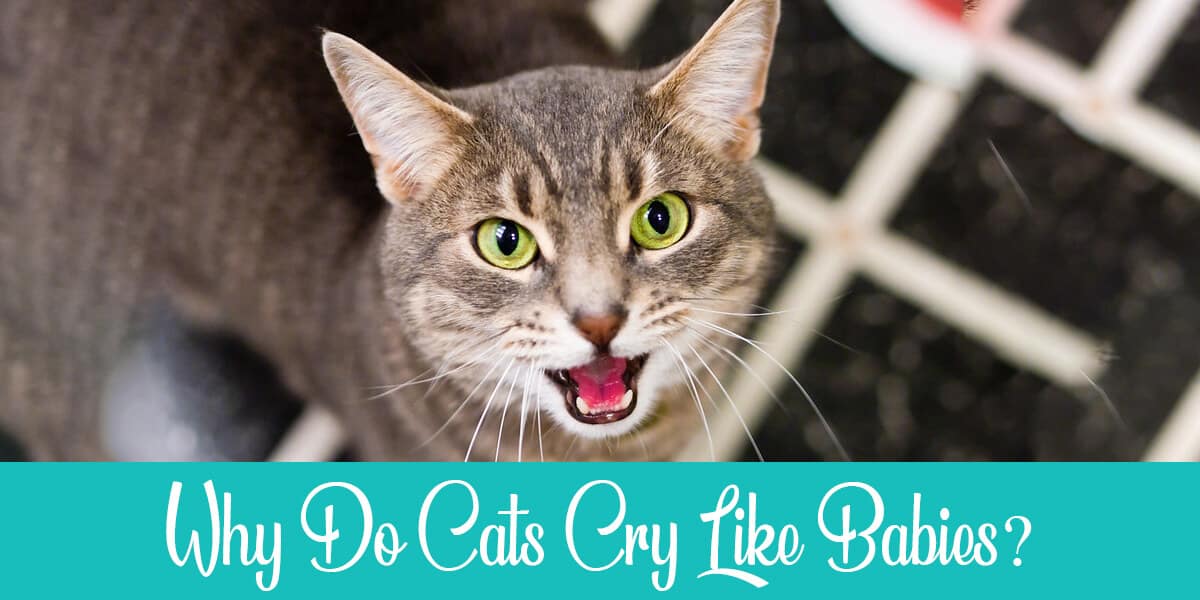 Cats use a wide range of sounds, such as meows and purrs, to communicate with humans throughout the day. But in addition to these popular and pleasant sounds, your cat can also make other sounds that also have a specific purpose, such as crying and yowling.

Some experts call this sound “caterwauling”, in which cats start to make unnerving cry sounds like a baby, especially in the middle of the night. So why do cats cry like babies?

While there are possible explanations for this phenomenon, the most common one is that the cat is trying to communicate a need, such as hunger, boredom, loneliness, stress, or generally trying to grab your attention. Cats may also use this sound after puberty because they’re trying to mate or when they’re ill.

In today’s article, we’ll have a deeper look at these reasons as well as possible solutions that you can implement to tend to your cat’s needs. So without further ado, let’s jump right in!

Now that you know more about cat cries, it’s time to find out why your cat is doing this. As previously mentioned, a cat may cry like a baby for a variety of reasons. These reasons include:

1. They’re Trying to Seek Your Attention

Although cats are naturally independent, they still want you to shower them with your love and attention. It’s simply their way to tell you that they need something or help, whether it’s to open a door or asking for food.

In fact, there are plenty of things that a cat might need at night. Just like humans who like to binge at night, your cat might be interested in a quick night snack or want to go to its usual toilet area outside.

According to science, cats can also suffer from separation anxiety if they’re left alone for extended periods of time.

If you usually spend a lot of time away or at work, your cat might start to show signs of distress and anxiety. In that case, the cries are to grab your attention when you’re around to let you know that it misses you.

If your cat is crying because of separation anxiety, it will usually be coupled with some extra symptoms of distress, such as urinating outside their litter box, excessive grooming, destructive behavior, eating too much, or too little.

3. They’re Bored and Want to Play

Cats are originally a nocturnal creature that is most active during the night. Add this to the curious and playful nature of your cats and you’ve got yourself a pretty solid explanation to their loud cries at night.

If your cat doesn’t get enough playtime during the day, it might start to be a little vocal and excessively active during the night.

Once cats hit the age of puberty, they’ll try to mate with other cats. Although both males and females can experience that, females that are in heat tend to be a little more vocal than males.

In that case, the cries will often be accompanied by other signs that you can use to identify the problem.

For example, your cat will become overly passionate. You’ll also notice that they want to leave the house and scratch on the door. Moreover, they’ll raise their tails and roll on the floor a lot.

Also Read: Can cats and hamsters be friends?

A sick cat can also be a little vocal during the night. In that case, it’s their way of telling you that they don’t feel well or need your help.

If a cat is crying due to pain or illness, it’ll usually show several other signs and symptoms, such as:

In that case, the cat will tend to cry and yowl as a way to threaten and scare the intruder away from its spot.

You’ll be able to tell that this is the reason if the cat is doing it to other cats or while staring in the window.

As cats get older, they lose the ability to move freely like they used to. Instead, they become more vocal when they want to express themselves.

If you’ve recently moved to a new house and your elderly cat starts crying like a baby, it’s mostly because they’re quite confused or disoriented in their new house.

What to Do When Your Cat is Crying Like a Baby

If your cat is crying loud at night (or even day), there are some solutions that you can implement to deal with this behavior. Here’s a quick look at what you need to do:

1. Make Sure That Your Cat Isn’t Sick

The first thing you need to do if your cat is crying like a baby is to make sure that they’re quite active and show no signs of sickness.

If your cats show signs of weakness or illness, you must take them to the vet immediately to receive proper medical care

Related: Why Does My Cat Sound Congested When Purring?

2. Give Your Cat Plenty of Exercise and Activity During the Day

As previously mentioned, cats like to play with their pet parents occasionally. If they don’t get enough exercise and activity during the day, they’ll have plenty of excess energy at night so they’ll cry and howl to let you know that they want to play.

3. Use a Pet Camera to Keep Your Cat Entertained 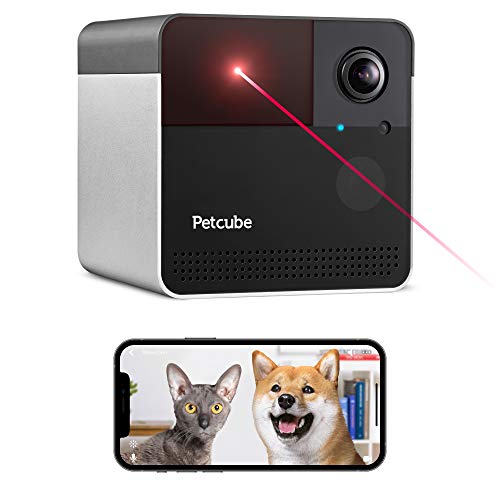 One of the best solutions to prevent your cat from crying is to keep them entertained. Lucky, you can now achieve this even if you’re away or sleeping using a pet camera like Petcube or Furbo.

These cameras don’t only let you monitor your cat and tend to its needs, but you can also use them to communicate and play with your cat.

For example, the new Petcube Play 2 comes with a built-in laser and 2-way audio that lets you play with your kitty.

When Do Cats Cry?

Although cats can make these crying sounds any time of the day, in the majority of cases, cats will cry like babies at night. The behavior can be seen during the day depending on the original reason for the cry.

For example, a cat that is ill or suffering from distress and separation anxiety can be vocal all day long. The loud cries can also extend to the night if it’s encouraged, but more about this in the following section.

What Should You Do to Stop the Cat from This Behavior?

Cats have developed a lot of vocalizations to communicate with humans and will stick to the one that the human responds to. In fact, cats rarely meow at each other and typically use it solely to seek human attention.

They enjoy having our attention in a lovely way and they’re smart enough to seek the attention they need in any possible way, even if it was by loud cries.

For that reason, if your cat is healthy and starts crying for no apparent reason, you shouldn’t reward them with instant attention because this will only encourage them to use this crying method more often.

You should also avoid punishing your cat for that behavior at any cost. This includes stomping your feet, yelling at them, or even using a squirt bottle. This will only result in breaking the trust between you and the cat might develop anxiety and personality issues.

Instead, the healthiest way to encourage your cat to stop crying at night is to completely ignore their behavior until your cat realizes that it doesn’t work as a communication method.

Additionally, make sure to reward them with treats and attention as soon as they switch to a less aggressive tone like soft meowing to encourage them to stay on that track.

This wraps it up for today’s guide that answers the popular question, why do cats cry like babies, especially at night?

As you can see, your cat may do this for a wide range of reasons, depending on its personality, age, and activity state.

If your cat is crying or howling in the night, make sure that it’s not suffering from illness and health problems, and remember to give your cat some playtime and attention during the day. Consider getting a pet camera to monitor and entertain your cat when you’re away.

Keep in mind that the behavior is purely natural and you should never punish your kitty for having needs because it’ll break the trust between you.